Prevent dog-related incidents through learning what dogs don't like 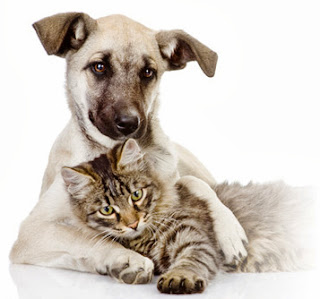 Many incidents between dogs and humans are due to misunderstandings and miscommunication. Many human behaviors don't translate well to the world of dogs, and things we do cause accidents and even bites. Here are four examples of common things humans do that the average dog won't like.


A vast majority of dog bites, especially when children are involved, happen because humans misread a dog’s body language. Many times human adults think something is cute, even photo worthy, and the dog just wants to get away.

The follow signs should be put in context, of course, and each sign below is usually accompanied by other signs of stress.


Hugging is a human phenomenon. Many dogs get used to being hugged by their family members and can even learn to appreciate it, but there are also dogs who never get used to it.

Hugging a dog can make them feel threatened or challenged.

There are countless news stories where a child has been bit by the neighbor’s dog – or even the family’s own dog – and the parents say, “It came out of the blue. She was just hugging the dog.” This misunderstanding between the species ends with a traumatized child and euthanized dog.


3. Patting on top of the head


While most dogs love to be petted, that’s not the same as going up to a dog and patting them on the top of the head or on the face. Most animals don't like being approached from above. Teach your children not to do this – especially not to dogs they don’t know.

While most dogs tolerate it, they might not like it, and some perceive it as a threat.

When you meet a dog, crouch and turn away a little – this means that you’re not a threat. When the dog comes up to you, pet it on the side.

If you meet a cat you don't know, hold out your hand and let the cat sniff it. Once you're approved, most cats like to be petted on the cheeks and under the chin. Depending on the cat it might love being petted on top of the head or even having its back stroked, but cats are individuals and the same approaches that work for a dog might not yield success.


Most dogs are okay with gazing into their owner’s eyes, and this form of eyes meeting can strengthen the bond between dog and human. However, don’t approach a dog you don’t know and stare into their eyes – this is a challenge in doggie language.

If you meet a cat you don't know, it's polite to look away. If you meet its eyes, blink often - this signals that you're friendly and not a threat.