Pets can help children with autism

Autism is a neurological disorder that impacts social, communicative, and cognitive functions, and the disability is becoming increasingly common. In 2012, the CDC reported that approximately 1 in 88 children in the US has an Autism Spectrum Disorder.

It is difficult to compare this number against previous decades, because the criteria for what counts as Autism has changed. According to the Autism Science Foundation, in the 1980's, autism prevalence was reported as 1 in 10,000. Even with different measuring criteria, it's a stunning difference to 1 in 88. Autism is almost five times more common among boys than among girls. 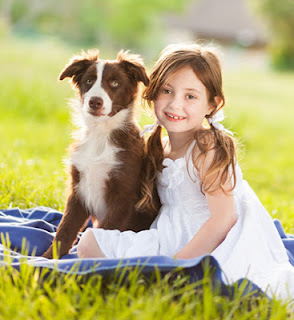 Many children with autism are non-verbal, or don't use the skill to actively communicate with other people. In short, a child with autism does not connect well with the surrounding environment. That doesn't mean the child doesn't want a connection.

Luckily, it can be easier to connect with a pet than with other people. The organization Autism Service Dogs of America says, "A child who connects to a dog connects with the world." They explain that a dog serves as a physical and emotional anchor for the child, and even provides a focus through which a child with autism can connect with other children.

The dogs also helps kids deal with emotions, and while many children with autism dislike being touched by another person, they can enjoy touching a dog. Some children tend to wander away, and in this case the service dog can be trained to track the scent of, hold, retrieve, or find the child.

the MIRA Foundation in Canada recently made a study on the physiological impact of service dogs on children with autism, and found that their stress levels dropped significantly with the presence of a dog. Most likely, the stress levels in the parents dropped as well...

If you want to read more about service dogs and children with autism, there are many great resources on the Internet. I visited Autism Service Dogs of America, Pawsitive solutions, and 4 Paws For Ability.

Do you have experience with a child with autism? Has a pet helped? A dog, or some other type of animal?