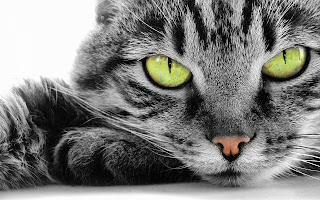 1. Have excellent night vision, and can see well at one-sixth of the light level required for humans.

2. Have excellent hearing and can hear higher-pitched sounds than both dogs and humans. The cat's hearing is amongst the best of the mammals.

3. Also have an acute sense of smell. Many times that of a human - the average human has around  million scent receptors, and the average cat around 200 million. A cat also has a special organ in the roof of the mouth called Jacobson's organ that can help distinguish pheromones.

4. Don't usually greet each other nose to nose, since it puts both participants in a vulnerable position. Cats who know each other well and have been apart for a while feel safe enough to do this, and gather information about how the other cat is, where he has been, and what he has been doing.

5. Blink and narrow their eyes when they accidentally make eye contact. To make friends with an unfamiliar cat, blink and look away when you catch his eyes. If your cat winks at you, it's sending you a kitty-kiss. 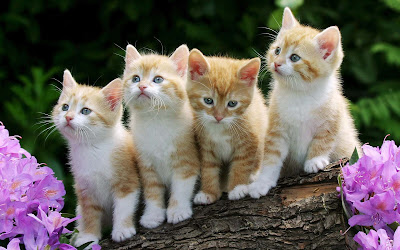 Posted by PlexiDor Pet Doors at 6:31 AM