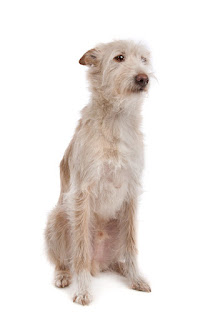 The Portuguese Podengo is an ancient dog breed believed to stem from dogs brought to Portugal by Phoenician traders around 700 BC. The dogs are hardy, intelligent, fearless, loyal, and energetic.

Podengo Grande is the largest with a weight range of 44 to 66 lbs. They were originally developed for hunting deer and wild boar, and they are tough, hardy, and very observant. Nowadays this size is rare, even in Portugal. A Portuguese Podengo Grande needs a Large PlexiDor dog door.

The Podengo Pequeno is the most common in the USA. They are watchful, observant, and very active. Many owners say these dogs are silly and funny indoors. Most Podengo Pequenos will require a Medium PlexiDor dog door.

The Portuguese Podengo is a hardy breed that often lives into its late teens. They excel at agility and other sports, and love to have a job to do.