Dog breeds of the world 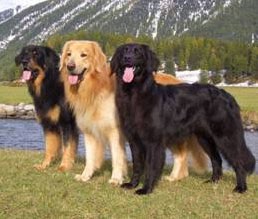 It isn’t possible to put an exact number on the dog breeds of the world, because many varieities can be recognized by one breed registration group but not by another. The World Canine Organization is the largest internationally accepted registry of dog breeds, and they have more than 340 breeds.

Dog breeds aren’t scientifical classifications; they’re groupings based on similar characteristics of appearance and behavior. Some breeds have existed for thousands of years, and others are fairly new.

Many scientists believe the first dogs were domesticated around 16,000 years ago, but others claim evidence points as far back as 32,000 years. In the latter theory, modern dogs would be related to an ancient type of wolf that is the ancestor of both dogs and modern wolves.

When choosing a dog, the breed matters to a certain extent. Many people believe that dog breeds mostly have an impact on the outside of the dog, but through the ages breeds have been created based on wanted behaviors such as hunting and herding.

It is important to pick a dog that fits the family’s lifestyle. If you want a dog with a special look but the breed characterics seem difficult to handle you might want to look for a mixed breed dog.

Dogs are individuals, just like people, but being aware of a breed’s average energy level, exercise needs, or grooming needs can prevent future problems.