The Chihuahua gets its name from the Mexican state Chihuahua. Pictures resembling the breed has been found on ancient paintings, and the dogs are believed to be decendent from a dog indigenous to Central America called the Techichi. 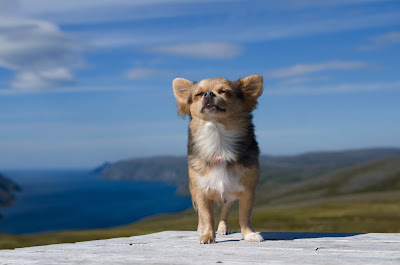 Chihuahuas are alert and energetic, but they still require little exercise, because they’re so small. A stroll for a human is a long way to walk for a Chihuahua. While they like to run and play, they also love sitting curled up on their favorite human’s lap.They make great city dogs and require little grooming.

One thing to keep in mind is that these small dogs are fragile. They need to be treated with care, and small children might be too rough and hurt the dog. They were bred to thrive in a warm climate, and many dislike cold. They tend to seek out sunshine or burrow themselves down under piles of blankets.

These dogs are clever and enthusiastic, and usually have large personalities.