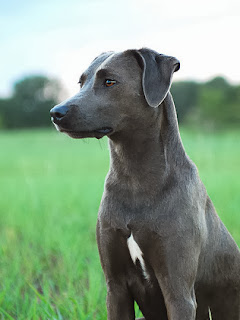 One more thing dog lovers have long suspected is now proven by science: dogs know when a person is mean to their human, and they don't like it.

Researchers at Kyoto University in Japan sat up three groups with eighteen dogs and their owners. Each dog watched a situation that involved their owner and two strangers.

In the first group, the owner had problems opening a box, asked for help from a stranger, and was rejected in a brusque manner. In the second group, the stranger helped the owner. The third group was a control group where the owner didn't interact with either stranger.

When the situation was over, each stranger offered the dog a treat.

In the group where the owner was rebuffed, the dogs tended to take a treat from the neutral stranger but avoid the "bad guy." In the other groups, the dogs treated the strangers equally.

This is important, not just because it shows our dogs understand us and want to side with us, but also because they understand enough about human behavior to know when someone causes trouble.

According to NBC News, this study will be published in Animal Behavior.