Animals can see other things than humans 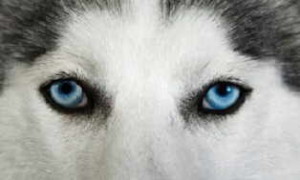 Many believe dogs and cats are color blind. This isn't true; they see colors, but they see another range of colors than we do. This difference in how we perceive the world goes further than just color vision. Cats and dogs see much better in low light conditions than we do, and they can see other wavelengths where the human eye perceives nothing.

Cats, dogs, birds, bees, fish, mice, reindeer, bats, hedgehogs, ferrets, and some reptiles can see ultraviolet light. If you imagine a rainbow, ultraviolet would be below the inner purple band. A human eye sees nothing there, it looks like the rainbow ends at purple, but many animals might see more.

So, why can't humans see ultraviolet light? Our eyes allow us to see in higher resolution than the animals, which in turn means that we can see details better. The downside is that we don't see well in low-light, and that we see a smaller spectrum than many animals.