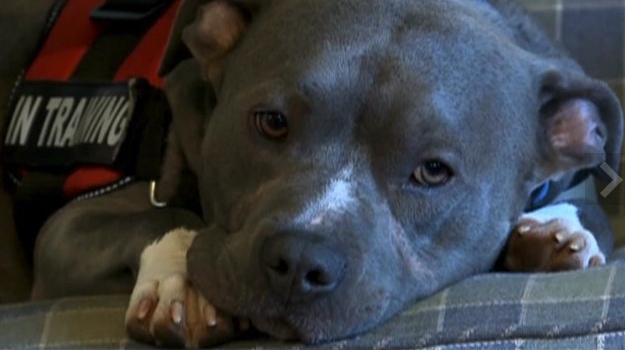 When Danielle Zuckerman adopted a pitbull from a shelter, she expected to get a new furry friend. As it turns out, her dog Thor is much more than that.

Danielle has a spinal cord injury, which occasionally leads to seizures that can last up to five minutes. A few days after the adoption, the otherwise quiet dog jumped up on her lap and barked. Ten minutes later, she had a seizure.

This happened over and over again: eight times over a two month span.

According to Danielle's doctor, she releases hormones before a seizure. This is undetectable to a human, but not to a dog. Thanks to Thor, she now gets early warnings and can take medication that will cut the length of each seziure.

~ Maria Sadowki ~
Posted by PlexiDor Pet Doors at 6:30 AM