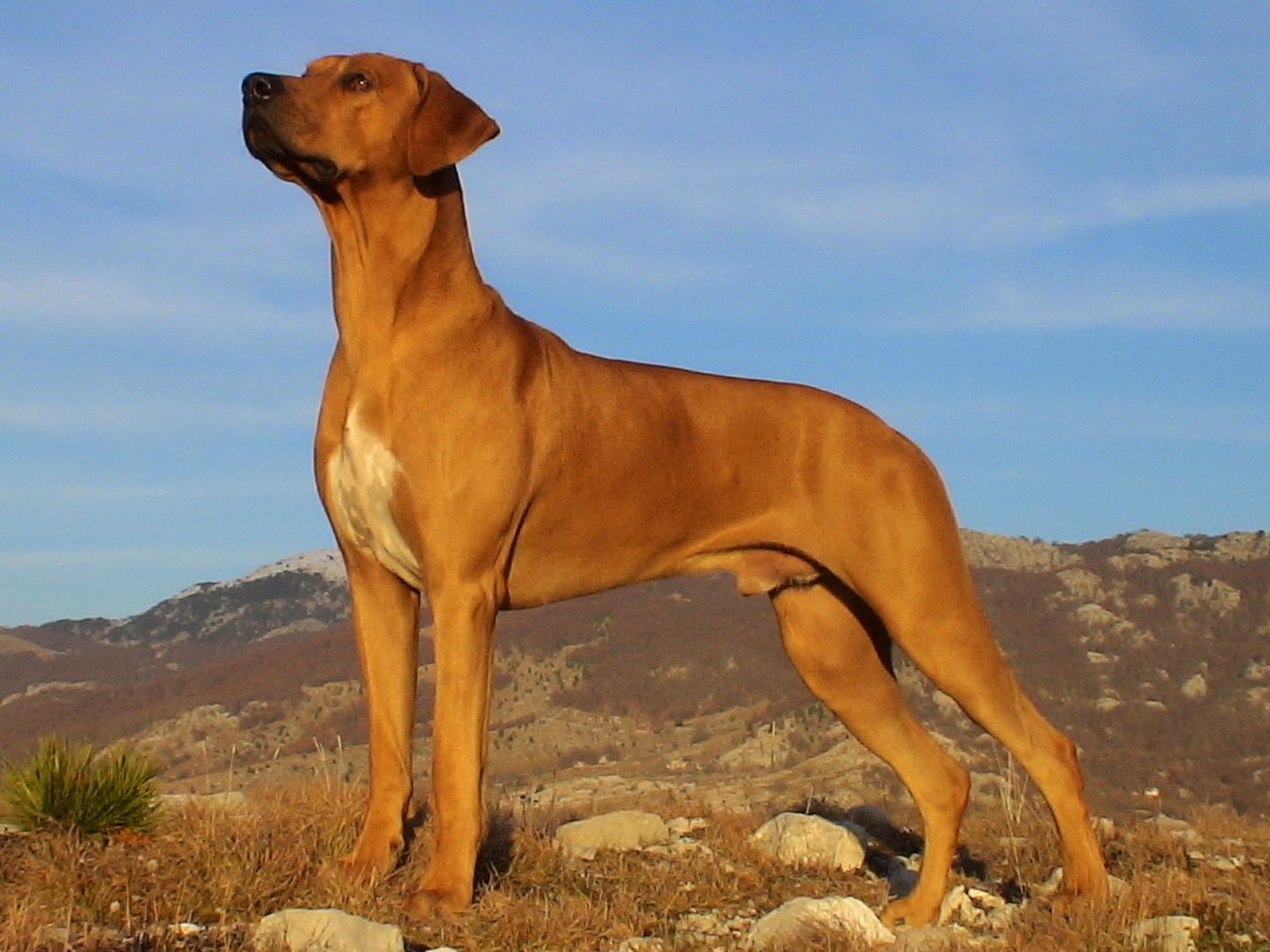 The Rhodesian Ridgeback is a large and muscular dog developed for hunting lions and protecting the family. They are large and tough enough to corner a wild African lion, while also fast enough to compete with Greyhounds.

The name Rhodesian Ridgeback comes from a ridge of hair down the back that grows the opposite way from the rest of the coat.

The breed was developed during the 1600s when European settlers in Africa bred their dogs with native African dogs. As time went by, Great Dane, Mastiffs, Greyhounds, Terriers, and other breeds were mixed in. This ended in 1707 when European immigration was closed for a hundred years, and during this time the native dogs got a bigger portion of the mix.

Rhodesian Ridgebacks can be both independent and strong-willed, but they are also loyal, gentle, and reliable. These dogs love to be with their family, preferably curled up on the couch. The breed was created to be versatile, and the dogs have worked as big game hunters, watchdogs, and even herders.

A Rhodesian Ridgeback generally weighs between 70 and 85 pounds.