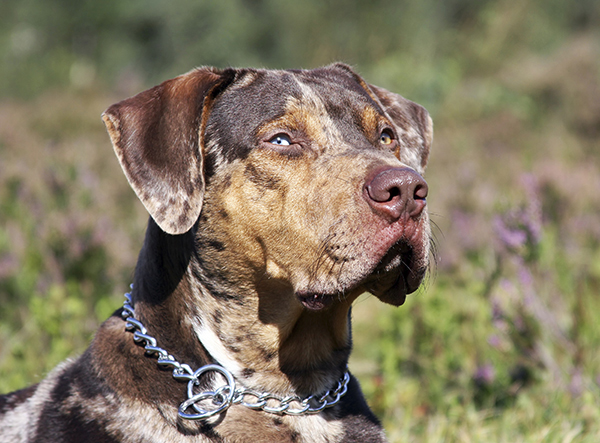 The Catahoula’s official name is Louisiana Catahoula Leopard Dog, and it is believed to be the first dog breed developed in North America. They are named after Catahoula Parish in Louisiana, and they are Louisiana’s state dog.

The Catahoula is an energetic and highly intelligent dog. They like to have a job to do, and that job will be taken seriously. They are outstanding hunting dogs, able to track animals from miles away, and they are often used for herding cattle. However, they also make excellent family dogs as long as they’re allowed to be with the family. They don’t like being alone.

Catahoulas are protective and natural alarm dogs who will alert to anything out of the ordinary. They are naturally assertive, but not aggressive, and they like to take charge.

They have been bred more for abilities than appearance, and can range greatly in size and color. Their typical weight ranges from 40 to 90 lbs.