Is your dog losing its hearing? 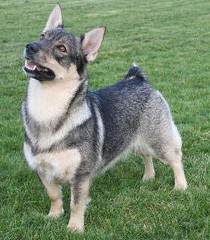 Dogs can also determine if it's the right or left ear that picks up a sound, and they have a much better ability than humans to filter sounds. Selective hearing is actually a thing; a dog can decide to ignore everything besides the interesting sound coming from behind the bushes.

How do you know if your dog is losing its hearing?

Different dogs will react to loss of hearing in different ways, but here are some signs to watch out for:

If you think your dog is losing its hearing, schedule a vet visit.

How can I help my dog that's going deaf?

Since dogs have such superior hearing, a dog that used to hear relies on cues from the ears. Make sure you're keeping your furry friend safe when you're on walks and in public environments. Keep him or her on a leash when walking - your dog can no longer hear cars and other potential dangers - and keep your eyes on your dog if you have him off leash.

Most dog owners have a habit of talking to their dog. That's fine, just remember that your doggie can't hear verbal praise anymore. Reward with physical affection and treats.

It is also a good idea to desensitize your dog from unexpected touch. That is, touch your dog when she doesn't know you're there, and give a treat when she turns around.

If your dog is losing hearing gradually, you have a chance to re-train both the dog and yourself to visual commands instead of verbal commands. This is easy; start using hand gestures with your commands, and give rewards when the dog does what you want.

Have you had a dog that was deaf or lost its hearing? Share any ideas and experiences!