Dog of the month: Akita 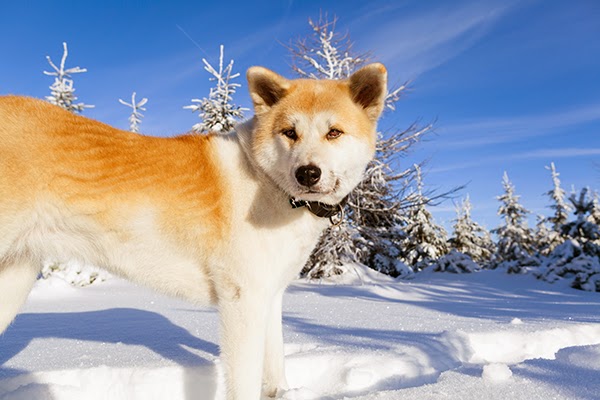 The Akita is a working breed from Japan, known for its loyalty. The breed is actually designated as a national monument, and when a child is born in Japan the family often receives an Akita statue that symbolizes happiness, health, and a long life.

The Akita is an ancient breed that thrive on human companionship and can be quite silly when around the family. They are independent thinkers, but they're also miserable if they're not allowed to be with their people.

These dogs are quite big - around 24-28 inches at the shoulder - and the typical Akita is powerful, alert, dignified, and courageous. They're known for their strong protective instincts, but unless an intruder breaks into the home they're generally quiet. They are often used as hunting dogs in Japan, and the breed is nick-named the "Silent Hunter."

The Akita is popular for performance sports and therapy work.