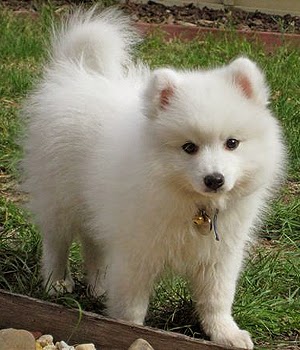 The Japanese Spitz was developed in Japan in the 1920s by breeding other Spitz type dogs together. It started with white German Spitz dogs that were bred with other dogs from around the world.

The Japanese Spitz was exported to Sweden in the early 1950s and is still a common breed there. From Scandinavia they went to England, and has since spread around the world.

An average Japanese Spitz is active, smart, and loyal, and they are known for being brave and devoted. Despite their small size they’re alert watch dogs and tend to bark at stranger. They are generally good with children, and enjoy being active with their family. The breed was created to be companions, and they want to be close to their people.

This is a healthy breed with a life expectancy of ten to sixteen years.