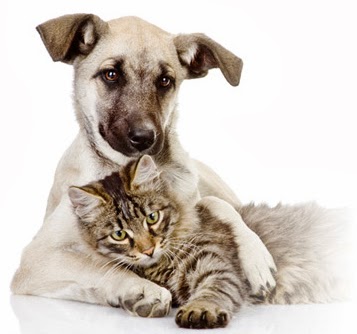 This is a season when many who aren't usually around dogs and other pets will encounter them at get-togethers with friends and family. It is important to know that some human behaviors don't translate well to dog language, and that things we do without thinking about it can trigger accidents or bites.

First of all, when you visit someone with pets it is important to respect and understand that the pets are part of your host's family. Treat them well, even if cats or dogs aren't your favorite thing in the world.

When it comes to dogs, here are four things many humans do that can cause problems:


A vast majority of dog bites, especially when children are involved, happen because humans misread a dog's body language. Parents can think something is cute, but the dog just wants to get away, even if it knows the child. The follow signs should be put in context, of course, and each sign below is usually accompanied by other signs of stress.

A stressed dog licking nose and lips looks very different than when you feed your dog a treat.

A stressed dog often yawns repeatedly, with intensity. Some dogs even yawn when they need to go out.

Of course dogs pant to cool off, but it is also a common sign of stress.

Other common signs include looking away, turning away, pinning back the ears with a tense facial expression, low body posture, leaning backward, and tension.


Hugging is a human phenomenon. Many dogs get used to being hugged by their family members and can even learn to appreciate it, but there are also dogs that never get used to it. Hugging a dog can make them feel threatened or challenged.

There are countless news stories where a child has been bit by the neighbor's dog - or even the family's own dog - and the parents say, "It came out of the blue. She was just hugging the dog." This misunderstanding between the species ends with a traumatized child and euthanized dog.

3. Patting on top of the head


While most dogs love to be petted, that's not the same as going up to a dog and patting them on the top of the head or on the face. Teach your children not to do this - especially not to dogs they don't know. While most dogs tolerate it, they might not like it, and some perceive it as a threat. They don't like a hand coming at them from above any more than a human would.

When you meet a dog, crouch and turn away a little - this means that you're not a threat. When the dog comes up to you, pet it on the side.

4. Staring into a dog's eyes


Most dogs are okay with gazing into their owner's eyes. However, don't approach a dog you don't know and stare into their eyes - this is a challenge in doggie language.
Posted by PlexiDor Pet Doors at 6:30 AM