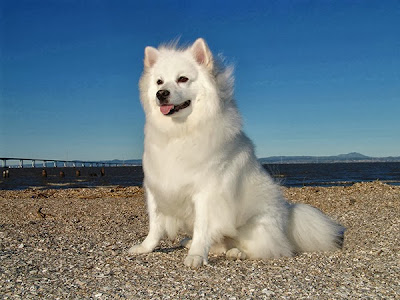 The American Eskimo is actually a German dog breed, and it was originally called German Spitz. Germany wasn't popular in the USA after the first world war, and the breed got a new name to boost its popularity.

The Eskie is a popular watchdog and companion who also excels as circus performer.

There are three sizes of American Eskimo: toy, miniature, and standard.

Many confuse them with the Samoyed or the Japanese Spitz, but they are completely different dogs. The American Eskimo was originally bred to guard property and people, and they can be valiant watchdogs when the occasion calls for it.

The American Eskimo is a hardy dog with an average life span of 16 years. The thick coat needs regular brushing or they will shed profusely.