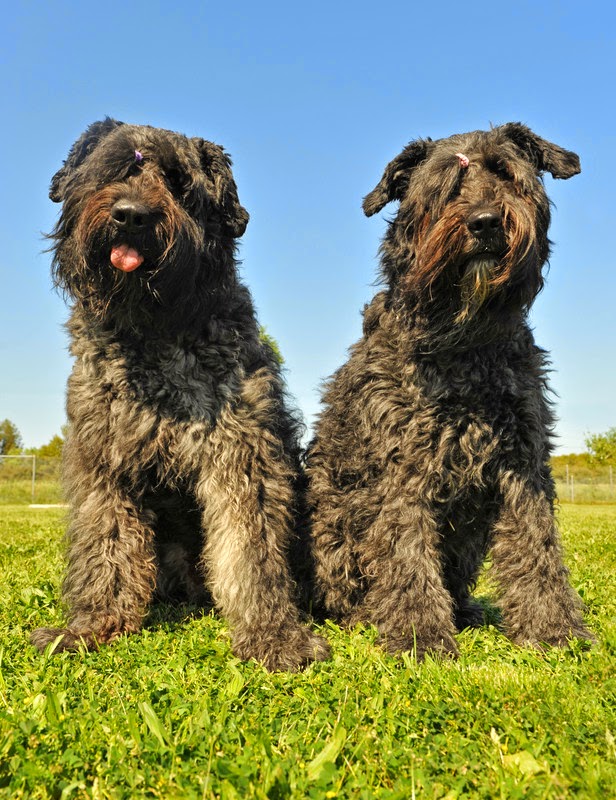 The Bouvier des Flandres is an agile and even tempered farm dog from Belgium. The early breeders were farmers or cattle merchants that wanted help with work.

Because this is a working breed, the early individuals were anything but conform when it comes to size and color. They had just enough in common to be recognized as Bouviers. In the past, the different types had names like Vuilbaard - dirty beard,  Koehond - cow dog, and Toucheur de Boeuf - cattle driver.

The breed was very popular up until World War I, when the areas where the Bouvier was bred were destroyed. Most of the dogs were abandoned and died, but a few households managed to keep their dogs through the war.

This is a steady, fearless, and resolute family friend and guardian that excels at herding, agility, obedience, and tracking. They need ample exercise and love living in the countryside or at least a suburban area with room to move.

In their home country of Belgium, a Bouvier can't win the title of champion unless the dog also has won a prize in a work-related competition. This is often as police dog, army dog, or defense dog.