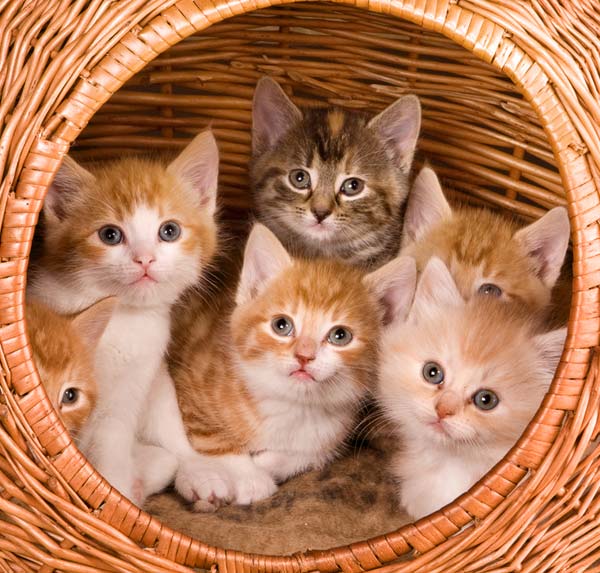 Today is national cat day. The holiday was first celebrated in 2005 to encourage cat lovers to celebrate the love and companionship we receive from cats, and to inform about all the cats that need to be rescued.

Dogs are pack animals with high emotional intelligence that have learned the meaning of many human behaviors. Cats developed as solitary hunters that rarely need social cues. Other cats are less friends than competition.

Cats don't understand if humans yell at them to stop scratching at the couch or squirt water to make them stop doing something. To a cat, our behavior often comes across as a crazy primate acting out for no reason.

This doesn't mean that cats are untrainable; you just need a different approach than with a dog.

Train cats through environment and let the environment be the bad guy while you're the good guy. For example, if kitty scratches the couch and it drives you crazy, put some two-sided tape or tinfoil on that area, and place an attractive alternative close by. Once your cat does what you want it to - that is, scratches the scratching post instead of the sofa - give a treat or show affection.

Body language is another point where dog people run into trouble with cats. A dog might show its tummy to show submission, but in a friendly family setting odds are doggy wants a tummy rub. Cats generally don't want their bellies rubbed. Exposing the tummy means the cat wants to show you're trusted, and it's not an invitation to put your hand there.

So, how do you know where to pet? If kitty rubs any part of the body against you it's an invitation to pet that spot.

If you have a cat, spend some extra time together today. If you've been thinking of getting a cat, today is a great opportunity.