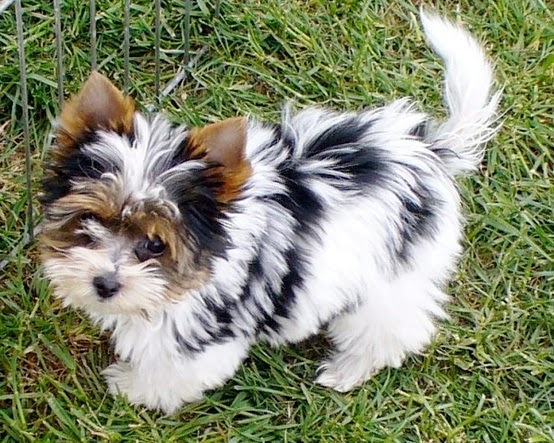 To a certain extent a dog is a dog, but there are differences between having a Chihuahua and a Great Dane - not just in food consumption. We humans tend to treat small dogs differently, and we forget to consider the world seen from their perspective. Each breed has its own challenges, and it is important for us humans to learn as much as possible.

Many times, a small dog is perceived harder to house train than a large dog. If a large dog has an accident inside there's a big mess that everyone will notice - and the owners will go to great lengths to prevent it from happening again. A tiny dog can snake off behind the sofa and pee ten times before someone notices it, and once it's discovered, the puppy already has a bad habit.

To house train a small dog, you have to watch it all the time. Use baby gates, exercise pens, and a leash to help you keep track of him or her. Take the dog out every time it has napped, eaten, or played, and give lots of praise when the right thing happens.

Another difference between small and large dogs is that we rarely pick up and carry a large dog. No one would even consider putting a Labrador in their purse, or carry a Newfoundland under their arm. Small dogs sometimes need to be carried, if nothing else to avoid people in a crowd stepping on them.

While the dog might not have an aversion to being carried per se, many small dogs dance out of reach when someone tries to pick them up. It make sense - a hulking shape five feet taller than the dog leaning over it can be scary. It's a good idea to train the dog by always saying "Pick up" when picking the dog up - this little warning can make a big difference.

Many owners with small dogs choose to carry them when meeting new people, and this is generally a bad idea. A dog that's held can't express what they're feeling and can't get away if they don't like the stranger. Let the dog meet strangers on its four paws. That way, your dog doesn't have to bite someone to show they're uncomfortable. They can walk away - or towards - interaction.

Excessive barking is another problem many encounter with small dogs. These tiny boys and girls live in a land of giants where everyone else is five feet taller. It's tempting to yell at a dog who is barking, but many dogs interpret this as getting "help" with the barking, and the more you yell the more they'll bark. Instead, do your best to ignore noisy behaviors, and reward calm and quiet behaviors.