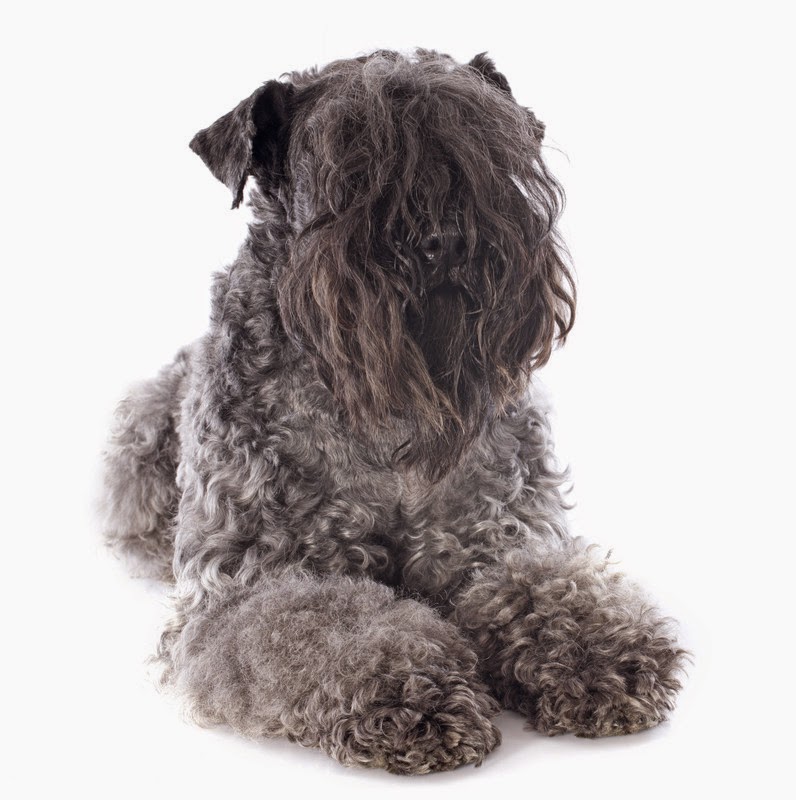 The Kerry Blue Terrier is an Irish dog breed used for hunting, retrieving, and herding. The breed's history isn't entirely clear, but it is believed that the Irish developed the Kerry as a reaction to nobility using Irish Wolfhounds to protect their hunting grounds from poachers. The Kerry helped the commoners to hunt undiscovered, in silence.

An adult Kerry Blue Terrier is gray, but the puppies are born black. The color fades, and they reach the characteristic grey color when they're around 18 months old. The coat is soft, dense, and wavy, and the dogs shed next to nothing. They still require grooming and should be brushed and trimmed regularly.

These dogs are energetic and require lots of exercise and training. They love to dig and chase, and can be quite silly at times. This is a breed that does well with a job to do. Unless the dogs get enough exercise and mental stimulation they can get bored and invent a task for themselves, which rarely turns out to be something approved by humans.

A typical Kerry Blue Terrier loves people and makes a wonderful family dog, but the breed has a strong hunting instinct. If you want the dog to get along with other dogs and other types of pets, it's wise to socialize the puppy early. They're known for being loyal and affectionate, but stubborn.