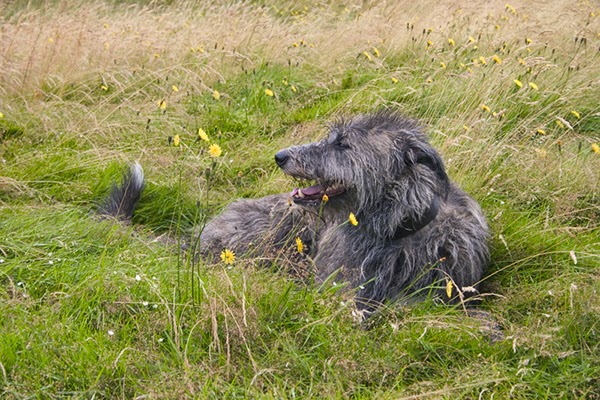 These are the best dogs for hunting deer, and the dogs have been highly valued through history; no one with a rank lower than an Earl was allowed to have one. The policy nearly rendered the breed extinct.

Scottish Deerhounds are large dogs - often 32 inches or more - with strong hunting instinct. The urge to hunt makes them likely to chase anything that runs past them, and they are often used for lure coursing and similar activities.

They are generally quiet indoors, extremely friendly, and gentle. They are eager to please and rarely get into trouble - once they're adult. Young Deerhounds tend to get bored easily and can get quite destructive if left to their own devices. They don't mean any harm - they're just bored and want to see what's inside the cupboard or under the sofa...

Deerhounds need quite a bit of exercise to stay healthy and happy. They also do very well in pairs, and having two dogs can alleviate some of the problems with boredom and excessive energy in young dogs.

When it comes to the coat, the Deerhound is easy to care for. An occasional brushing and a bath will do the trick.