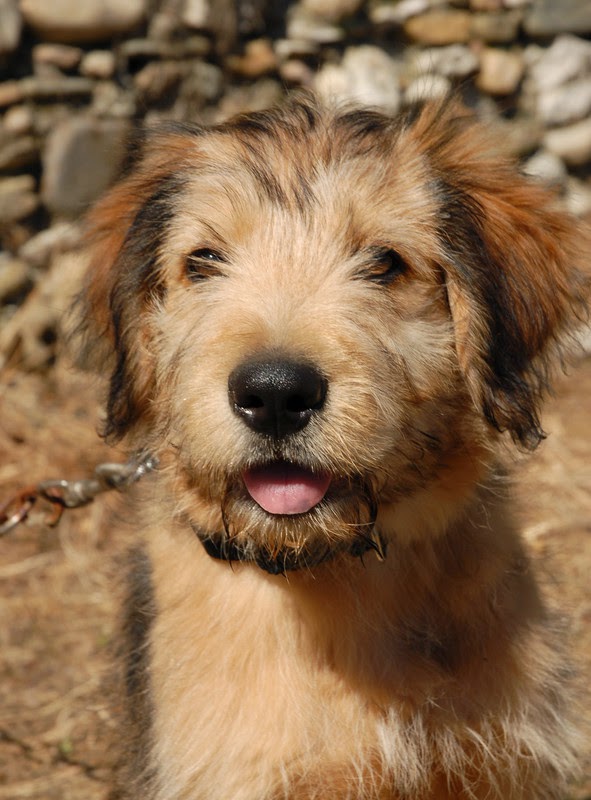 The Pyrenean Shepherd, or Berger des Pyrénées, has herded sheep in the south of France for centuries. It is mentioned in medieval writings, and is called the "constant companion," always by the shepherd's side. When herding it is traditionally paired with a Great Pyrenees that would act as the flock's guardian. Two Pyrenean Shepherds are enough to handle a flock of 1,000 sheep.

Herding dogs are generally energetic and intelligent, and the Pyrenean Shepherd is not an exception. During a day's work, a dog covers around 25 miles while doing chores with the shepherd. If it's not working with sheep it needs another job to do, and these smart and agile dogs excel at flyball, competitive obedience, and agility.

During World War One, thousands of Pyrenean Shepherds were used as couriers, search and rescue dogs, and for accompanying guards on their rounds. They were considered the most intelligent, able, and fastest of all the breeds used.

The breed comes in two varieties: rough-faced and smooth-faced. The breed is generally healthy with a life span of at least 15 years.