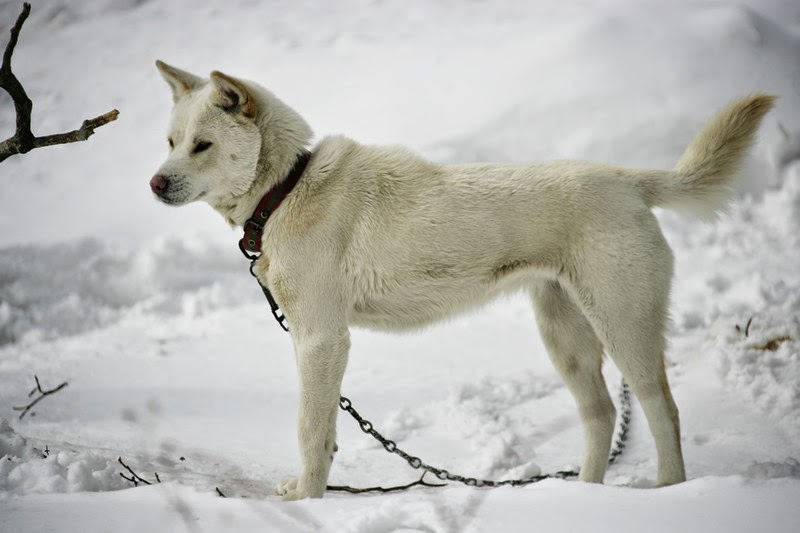 The Jindo is an ancient Korean dog breed that gets its name from the Jindo Island. It was originally bred for hunting, and it known to be fiercely loyal and brave.

Jindos are known for their independent minds, intelligence, and strong wills. They like to get things their own way. They are loyal and affectionate to the family, suspicious of strangers, and protective of their families and territory. Since they were originally bred to hunt, they also have a strong prey drive.

Taking all these traits into account, the Jindo requires early socialization, ample training, and is not the best breed for a first-time dog owner. Many adopt or buy a Jindo dog because of their high intelligence, and quickly learn that raising a really smart dog takes a lot of effort and time.

A Jindo likes to have room to move and investigate. They don't need extensive amounts of exercise, but should get at least two brisk 30-minute walks a day. These dogs need a lot of interaction with the family and is not the kind to be happy living by itself out in the yard.

The breed is considered healthy, with a life expectancy of 12-15 years.