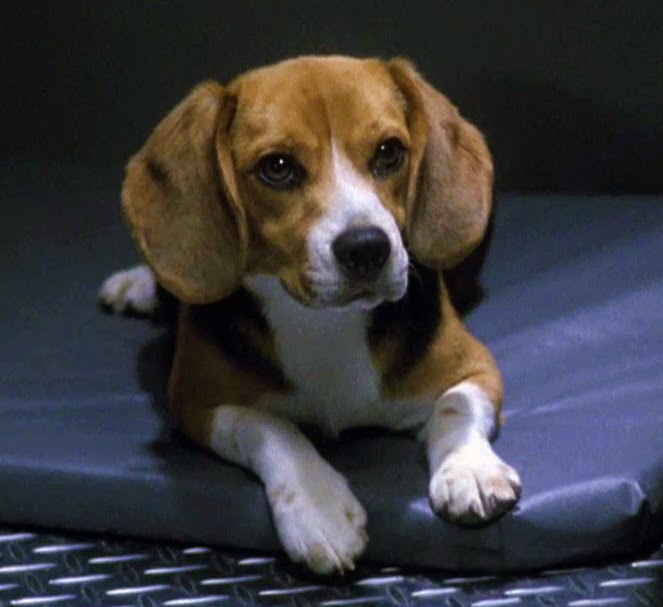 Porthos is a Beagle accompanying Captain Jonathan Archer aboard the Enterprise. Porthos was played by three Beagles: Prada, Breezy, and Windy.

Prada played the role for the most part and Breezy and Windy were called in when needed. The show also had a prop dog for shots unsuitable for a real animal.

The fictitious Porthos is a boy dog, as is actor Prada. Both Breezy and Windy are girls.

Star Trek Enterprise is set in a time-frame before the other Star Trek shows, at a time where humanity has yet to grow used of aliens. He plays an important part in letting his Captain know how wrong or right he is about intergalactic intrigue and adventure. Porthos is one of only four characters besides the main cast that appeared in every season of Enterprise.

As any good dog, Porthos has quirks, and he loves cheddar cheese.

According to Startrek.com, the producers held casting sessions for Porthos, and Prada contested with a black and white Boston Terrier. Prada also played Lou, the main dog in Cats and Dogs.