A dog's smell in numbers

Most dog owners know their furry friends have a fantastic sense of smell. Put into numbers, the dog's nose is truly amazing. 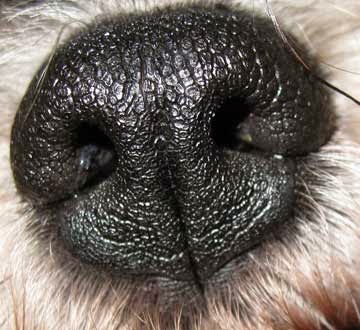 Besides the nose, a pair of average dog ears also outclass humans. A dog can locate the source of a sound in 1/600 of a seconds, and can hear sounds four times further away than a human.