Dog of the Month: German Shepherd 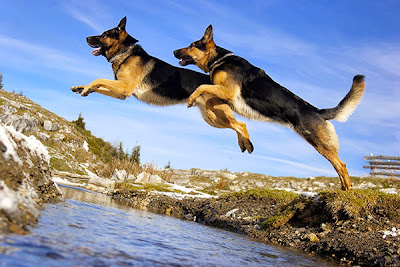 The German Shepherd was originally developed for herding and guarding sheep. It is strong, intelligent, loyal, and obedient, and popular with police and military all over the world.

German Shepherds are highly active dogs, willing to learn and eager to have a purpose. They have been ranked third dog breed regarding intelligence, close after Border Collies and Poodles.

They excel at guarding. Most are inherently suspicious towards strangers, and they are protective towards home and family.

This is the most popular dog breed in a number of American cities, such as Buffalo, Chicago, Cincinnati, Detroit, and Miami. They are the third most popular breed in Seattle, Houston, and Portland, and the second most popular in Philadelphia and Boston.