A couple of weeks ago we wrote about cats and dogs being able to see in ultraviolet. This would be both convenient and amazing in many situations, but due to human interference the ability might also be terrifying. 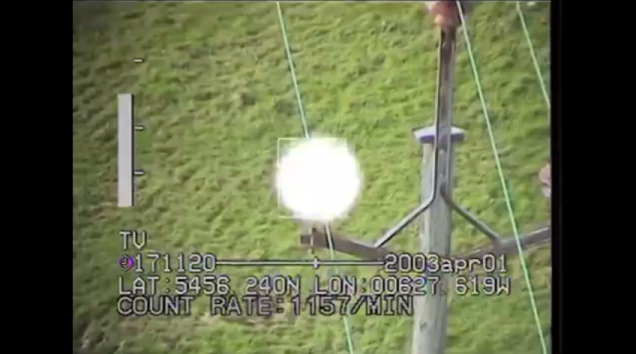 Naturally, what we see with the aid of a camera is still not the same as animals able to detect ultraviolet frequencies would see, and the cameras can see a narrower range than most animals, but at least it gives us an idea.

We have known for a long time that animals in the wide prefer to avoid power lines, and the popular explanation has been that the corridors cut to accommodate the lines expose animals to predators. However, with power lines looking like glowing and flashing bands across the sky, they might have an unforeseen worldwide impact. Besides disturbing our domestic friends like cats and dogs, they might interfere with migration routes for birds and prevent mammals from going where they need to be.

Burying all power cables does not seem a realistic alternative, but one idea is to put a non-conducting shield around the cables to screen them from view.