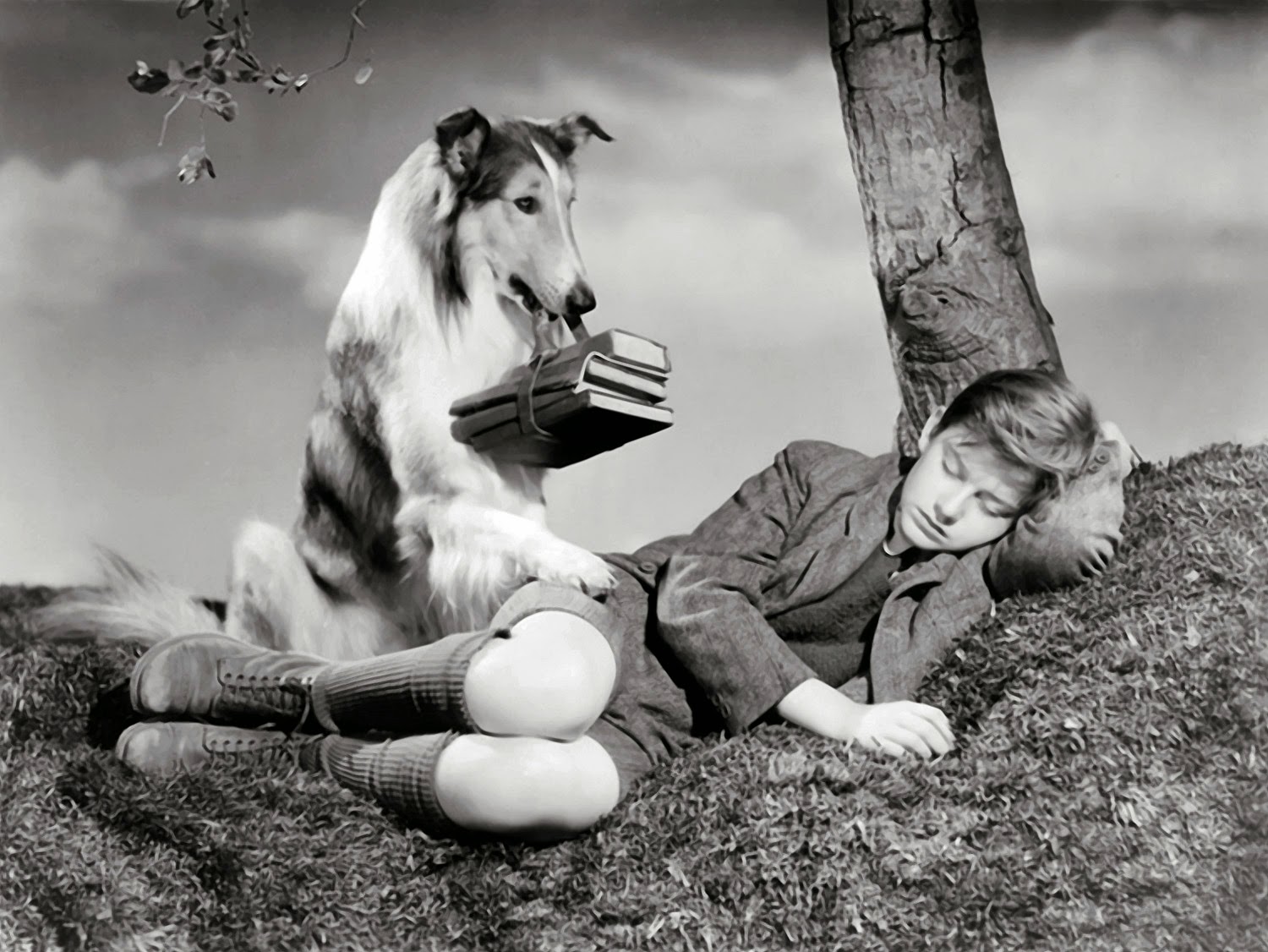 A good movie or TV show can only get better by adding a dog, right?

Lassie might be the most recognized movie dog through history, loved by people all over the world. The story was originally based on a book called "Lassie Come Home" written by Eric Knight. This book from 1938 tells the story of Lassie, who is sold when her family needs money for food, runs away from her new owners, and travels all the way from the north of Scotland to Yorkshire in England.

The first Lassie movie was released in 1943 and was followed by movies and TV-shows all the way to present time.

Lassie is supposed to be a female dog, but she has always been played by a male, and many dogs have portrayed her. A dog named Pal became the "official" Lassie and starred in the role from 1943 to 1951. His appearance became the official Lassie look, and since then, every collie starring has had the same markings.