Many dog owners think their pooch is smart, and that the dog understands humans. Dr Juliane Kaminski of the University of Portsmouth has worked to prove dogs' ability to take people into account.

Kaminski says, "Humans constantly attribute certain qualities and emotions to other living things. We know that our own dog is clever or sensitive, but that's us thinking, not them."

Not surprising to pet parents, her studies suggest humans might be right: dogs might have a flexible understanding of the mind and others' minds. Up until now scientists have assumed only humans and possibly chimpanzees had this ability. 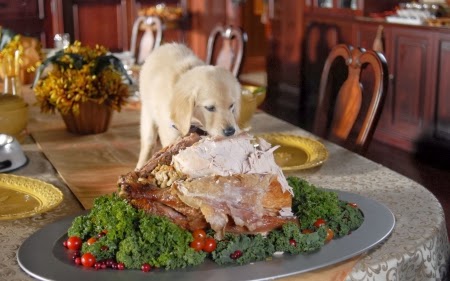 The test included 84 dogs - 24 females and 24 males - and studied dogs' strategies on whether to steal food. The participants were four times more likely to disobey in a dark room than in a lit room, suggesting they take into account what their human can or cannot see.

The tests were complex and involved many variables, and results were conclusive: in a dark room, the dogs would take more food, and take it more quickly.

Do your dogs steal food?

Read more about this:
Science Daily
Dogs steal in the dark by Juliane Kaminski