Why do cats ignore us?

Japanese scientists at the University of Tokyo have made a new study on cats and their interactions with humans. The result comes as no surprise to cat owners: cats hear us fine. They just don't care. 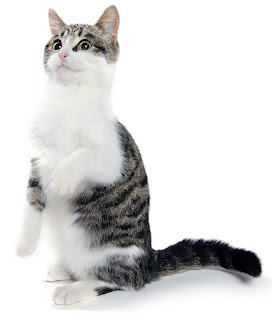 The study tested twenty house cats in their own homes and analyzed the cats' responses to calls from their owners - and strangers - through measuring ear, tail, and head movements, eye dilation, paw movement, and more. The cats did show a greater response to their owner's voice than to strangers, but couldn't be bothered with moving regardless of who called for them.

Every cat owner knows cats are independent. The interesting question is why. The study suggests the behavior might stem back to the early domestication of the species, which contrasts with the relationship between humans and dogs.

The website independent.co.uk writes, "Recent genetic analysis has revealed that the common ancestor of the modern housecat was Felis silvestris, a species of wildcat that first came into contact with humans around 9,000 years ago. As early societies developed agriculture, these cats moved in to prey on the rodents that were attracted to stores of grain. They effectively 'domesticated themselves'."

Dogs, on the other hand, were domesticated to work with humans and taught to respond to orders and commands. The cats never needed to learn.

~ Maria Sadowski ~
Posted by PlexiDor Pet Doors at 6:34 AM