Every year, the APPA - American Pet Products Association - do a survey on American pet owners. The trend for the past 40 years has been an increase in pet ownership, and the trend still holds true. 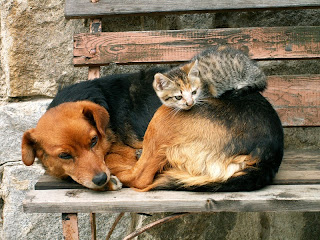 Here are some more interesting numbers. There are:

When it comes to shelters, the Humane Society has estimated numbers for 2013.

During the worst period, almost 20 million dogs and cats were euthanized in shelters during one year. That number is down to around four million. (This is of course four million too many, but a clear improvement.)

There are:
~ Maria Sadowski ~
Posted by PlexiDor Pet Doors at 6:30 AM